Volkswagen campervans have long since come to represent adventure and freedom on the open road; a traveller’s icon. Thanks to two long-term Volkswagen campervan fans, we take a look at the history of the T1 Samba van, to celebrate a special reunion.

Where it all started

The Volkswagen Samba was first produced in 1951, a development of the Dutch Volkswagen importer, Ben Pon’s Type 1 Volkswagen van. They were renowned for being the first ‘forward control’ vans in which the driver sat above the front wheels, setting a precedent for future Volkswagens to come.

As the campervans developed, Volkswagen’s Samba became the most luxurious version of the T1, designed predominantly for touring the Alps.

The Volkswagen Samba design evolved from the T1 split-screen campervans, known as ‘Splitties’ or Microbuses. They were informally classified by the number of windows the Samba had, often with up to 21 or 23 windows. 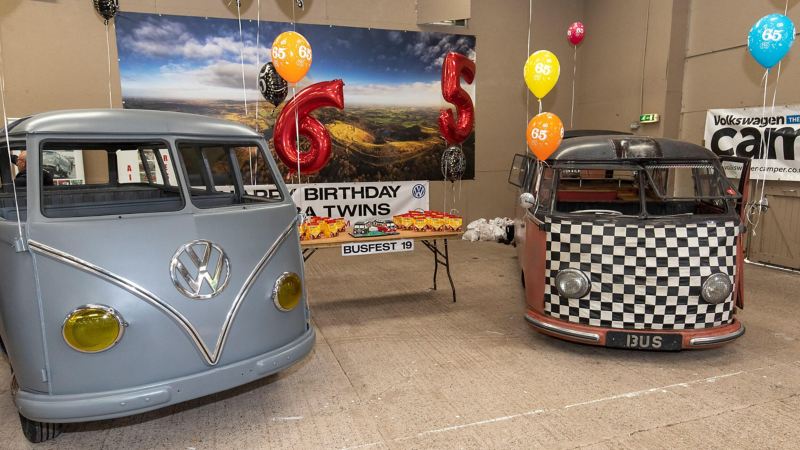 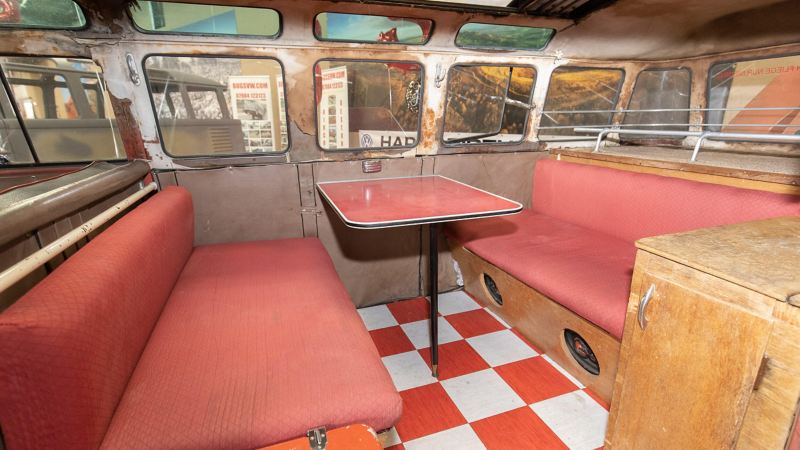 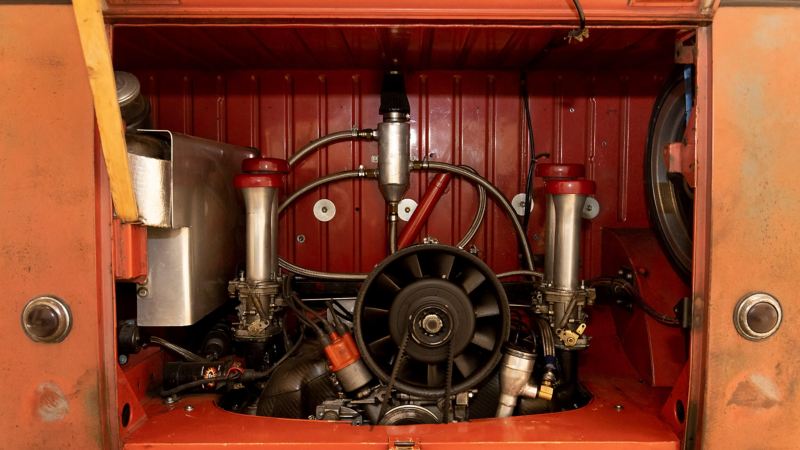 The luxurious campervan had two pivot doors, in place of a sliding door, and a fabric sunroof. Samba vans also came as standard in two colours, most often the upper part was white and the two sections were divided by a decorative strip.

Despite its popularity, the Samba ended with the introduction of the T2 meaning the number on the roads are rare and much sought-after.

Earlier this year at a Volkswagen club meet two life-long fans and close friends, Rikki James and Andy Morgan, got talking about their two heritage Samba vans and the similarity in the restoration projects only to find out the two icons were closer than they could ever have imagined.

Despite having imported their vans from Sweden and France, the duo realised the body numbers of the two T1 Samba vans were only 200 apart. With just 250 vans produced every day in 1954 (only four of which were Sambas), it became evident that these vans were made side by side in the production line precisely 65 years ago.

Both vans were produced on 6 September 1954 and sent to a Danish dealer. Through the years the vans travelled through much of Europe and passed from owner to owner before ending up with Rikki and Andy – two friends who have known each other for 30 years. The dedicated Volkswagen fans have now restored them to working condition and reunited them on their 65th birthday.

Andy said: "This is a big part of Volkswagen history and a big coincidence to find Samba twins. The reunion of two long lost siblings deserves a big celebration and it’ll be the first time they’re back together since they left the Wolfsburg factory in 1965. It’s an incredible story."

This is a big part of Volkswagen history and a big coincidence to find Samba twins.
Andy Morgan

Rikki has owned his Samba for around 20 years and imported it from Sweden, giving it all the love and care it needed to bring it back to the perfect condition it is in today – despite being over half a century old.

Andy started investigating the restoration of a barn-find unearthed in France three years ago. This led him to the official register where he was able to track down the original bulkhead to pair with the chassis. Following this, Andy was able to start the complete rebuild process with major repairs required to get it ready for its big day.

With both sibling Sambas now back in one piece and out exploring the UK, they’re making the same journey for the first time since 1954 – to their birthday party.

Rikki commented on the unique story: “I almost couldn’t believe it when I found my Samba abandoned in a forest in Sweden. Since restoring some of the running gear, I’ve travelled all across Europe in the van covering almost 100,000 miles. It has proven to be the perfect travelling companion and I’m delighted Andy and I have found such a unique connection between our two vans.”

I’ve travelled all across Europe in the van covering almost 100,000 miles.
Rikki James

On 6 September 2019, both of the restored Volkswagen Samba vans were reunited for the first time at Busfest 2019 in Malvern, Worcestershire, celebrating the piece of modern day Volkswagen history among its most dedicated fans.

Visitors were able to take a look at the original vans and see how the restoration took shape giving an idea of how much the vans have been through during the past 65 years.

The Volkswagen brand has an impressive history with an even more impressive fan base. The story of these two iconic Samba vans through the years from production in 1954 to their restoration 65 years later, is yet another example of this and an excellent celebration of the brand. 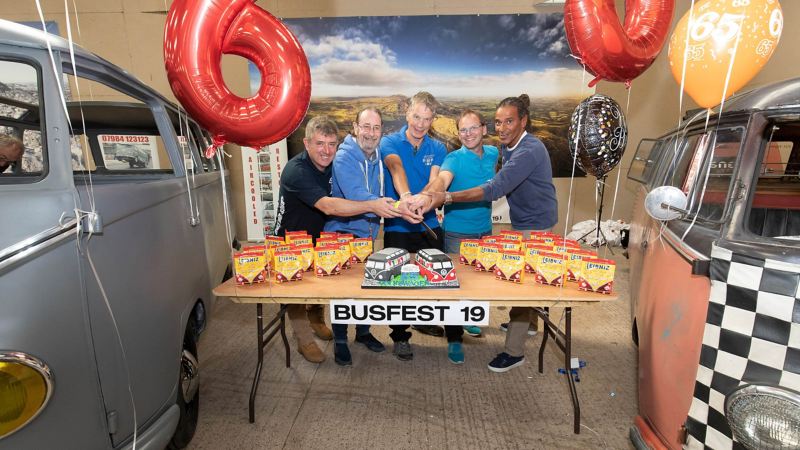 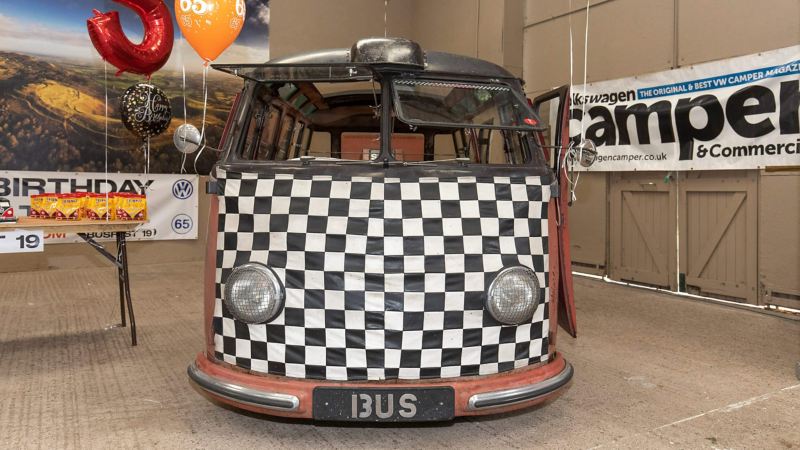 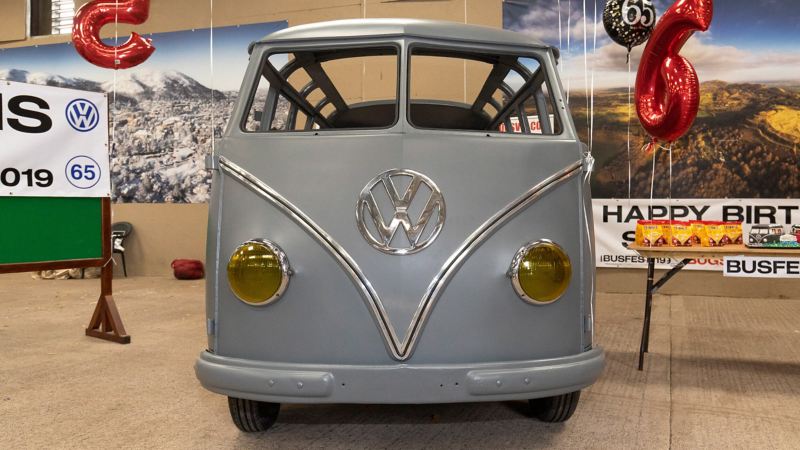 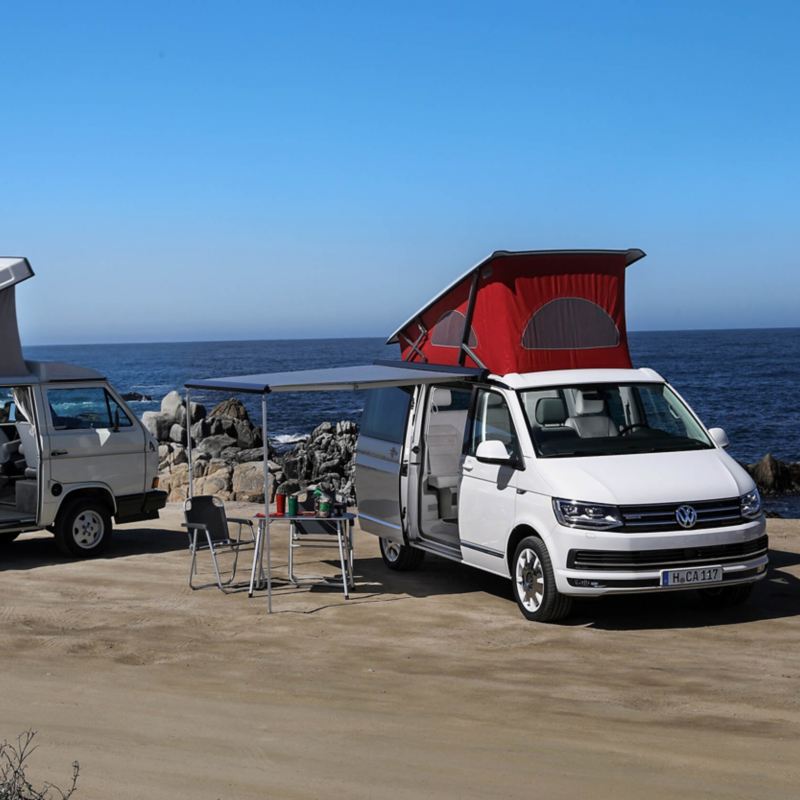 To celebrate 30 years of California dreaming, we took the latest generation camper van back to its roots, for a road trip across the Golden State. 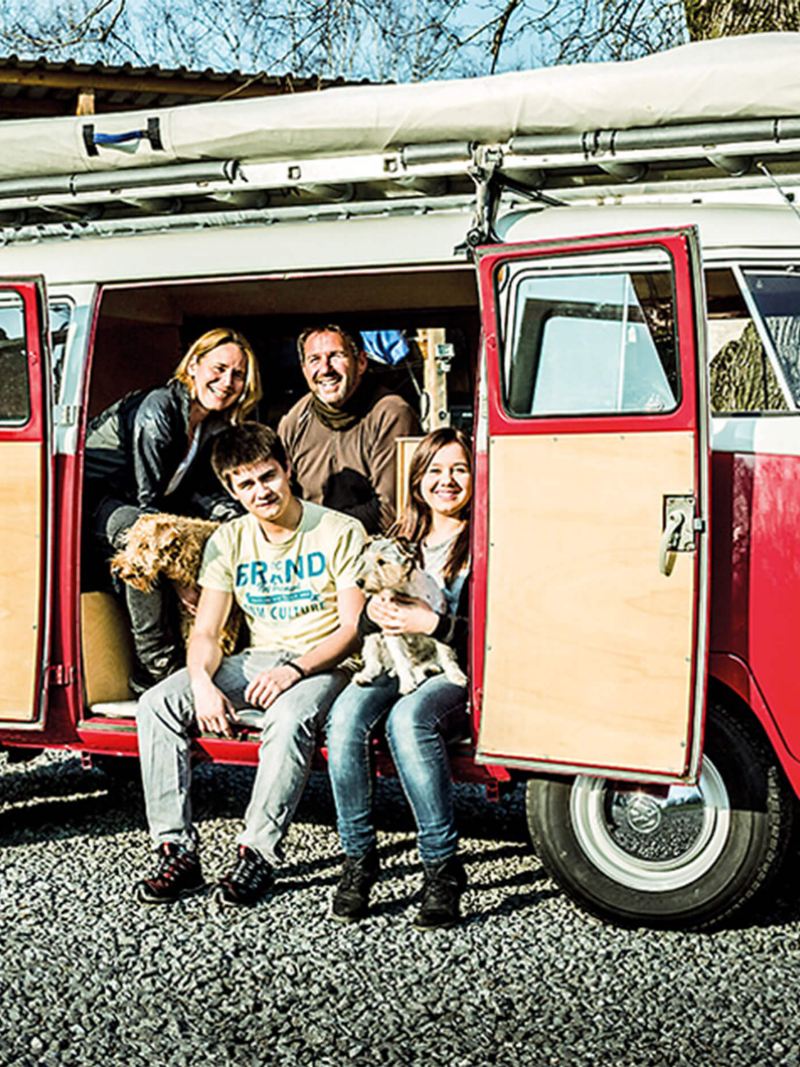 A van for adventure, your home on the road, a collector's item. We speak to five fans to hear all about their standout camper stories. 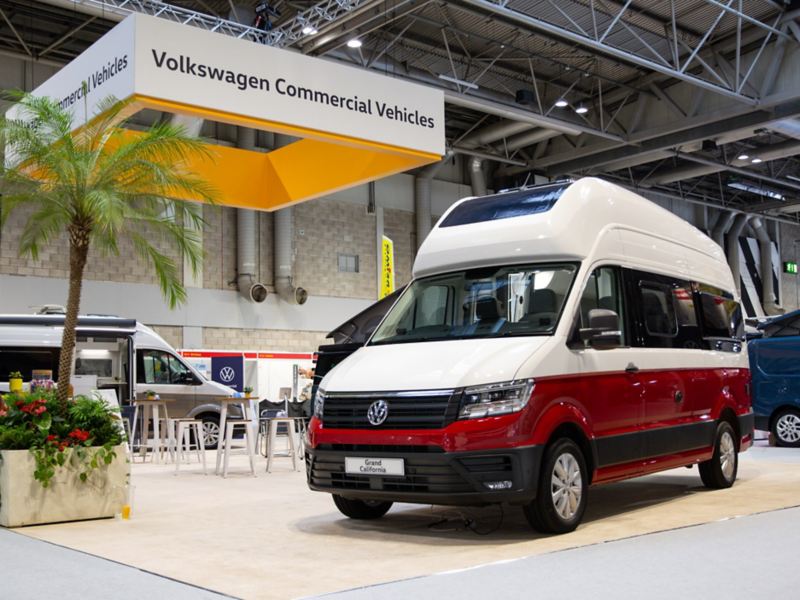 Explore the highlights of 2019's show, where both versions of the Grand California motorhome were shown in right-hand drive.